'the double-Bass district reminds us of turbine halls and power stations.'

This is the hardest district so far. Trying to visualise the Double Bass from the inside is proving difficult. But there are some internal photographs of the instrument on google which helped a lot. I've used reference photos of turbine halls and power stations for guidance which helped me visualise sketch 2.

I haven't been able to unify a colour scheme- The Brown colours have been taken from photographs of a deep underground cave system which I thought may be a fitting place to start. I'm hovering between continuing to use blues for arcing electricity, or insinuating windows to the Atlantean world Red left above him. Then again, the power running through the double-bass strings could be entirely new, perhaps a more fiery warm colour. Either way I'm open to suggestions on this particular district. 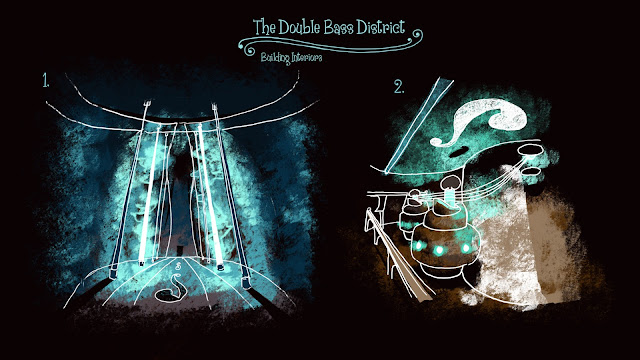 I imagine the deep power of the Double-Bass district to have the dormant strings hum with an orange glow. While those vibrating with power explode in a bright yellow light. 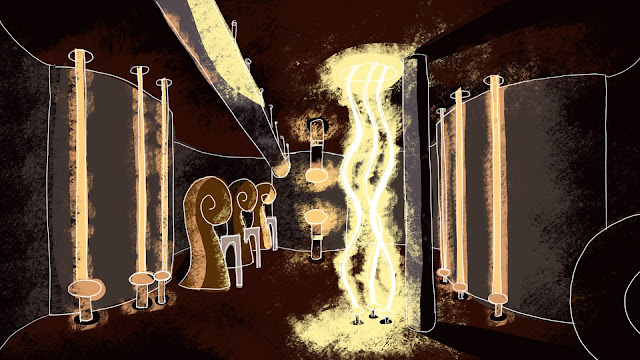