The Oboe District's set is now (hopefully) complete and ready to progress onto being textured. The river, buildings and bridges took quite a bit of tweaking, but it got there in the end! 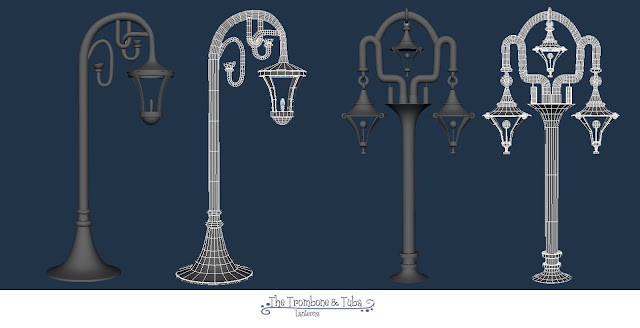 Email ThisBlogThis!Share to TwitterShare to FacebookShare to Pinterest
Labels: Maya, Modelling, The Trombone and Tuba District 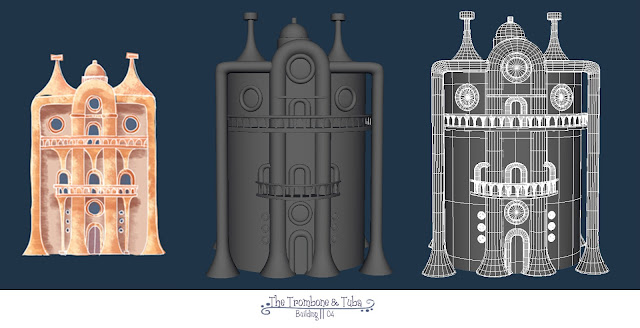 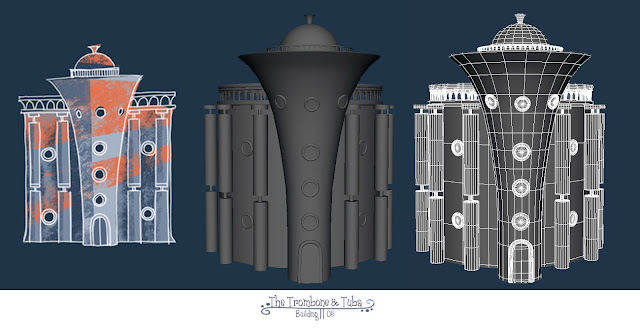 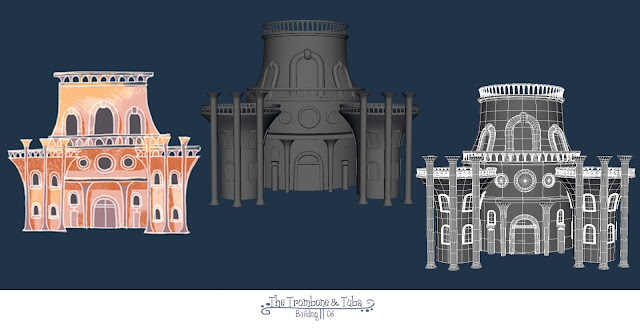 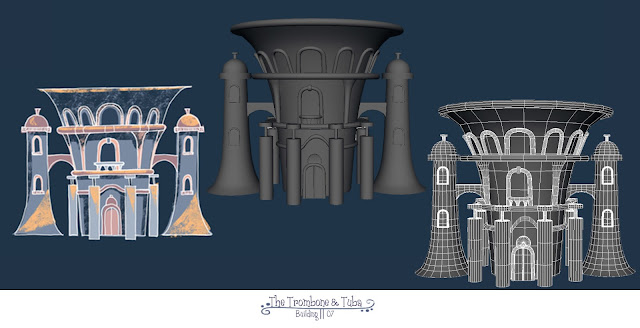 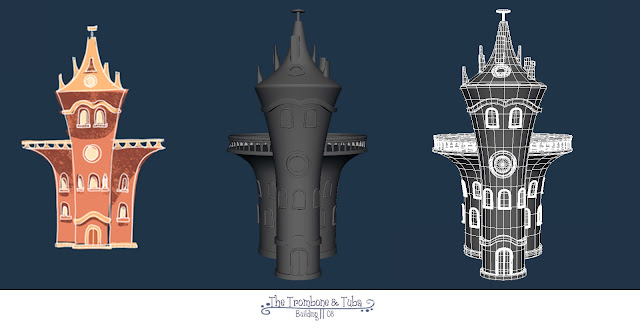 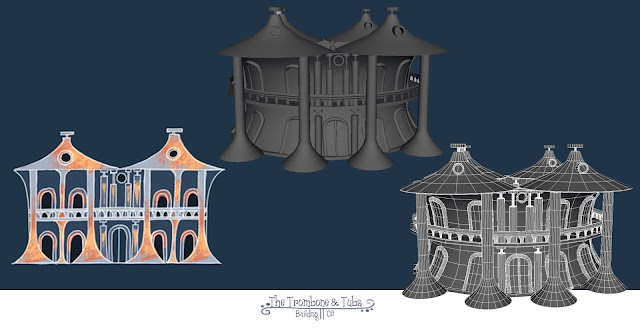 YPGTTO - The Joy Of Collaboration

Just wanted to share this recap of some of the creative goings-on here on planet YPGTTO in celebration of the joys of collaboration. The scale and ambition of producing seventeen minutes of animation to accompany live performances of Benjamin Britten's The Young Person's Guide To The Orchestra demands we collaborate effectively.  The visualisation and realisation of The Overture - the first of our animation's fantastical environments - has seen graduates collaborating with current students, and current students with staff - with exciting results!

YPGTTO aka Red & The Kingdom Of Sound  / The Overture / Digital set textured, lit and composited by Alan Postings
Posted by tutorphil at 11:18 No comments:

R&D outcome:
In the short motion / render tests above  a few things were solved regarding viewport feedback, rendering, and memory usage in Mental Ray:

1) Mental Ray needs extra memory allocation to render / batch render.
2) Models should not be smoothed (smooth preview) in the viewport to improve feedback and loading.
3) Smoothing for rendering should be implemented using an 'approximation node' instead of smooth preview (to help with viewport manipulation)

Posted by Alan Postings at 09:15 No comments:

without depth of field

with depth of field

A few more texture and compositing experiments, this time for the Overture district.

Email ThisBlogThis!Share to TwitterShare to FacebookShare to Pinterest
Labels: compositing

YPGTTO: The King & Queen Are In Residence!

I'm pleased to announce the King and Queen of the Kingdom of Sound have taken up residence - courtesy of Ethan Shilling, who has translated Julien Van Wallendael's character designs into fully-rigged and ready-to-animate 3D models.

The Oboe District now has bridges and is ready for initial set construction. 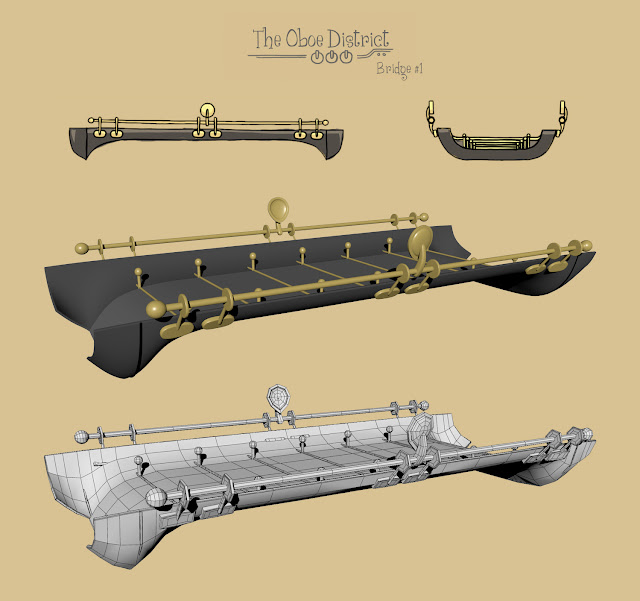 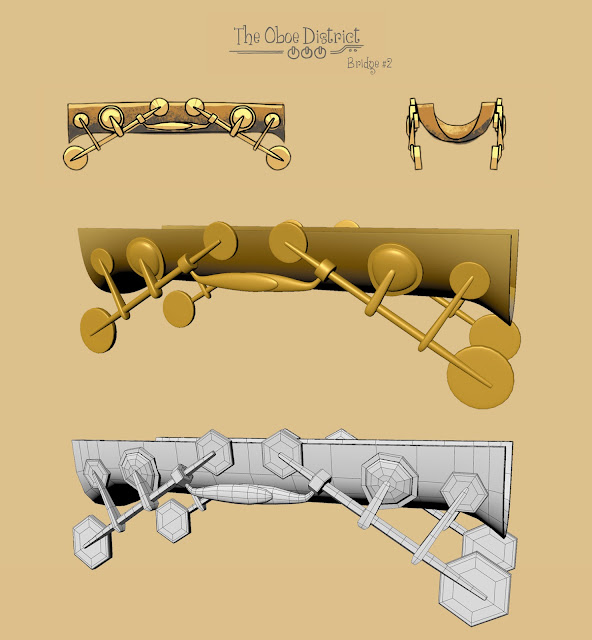 Some Screen shots from the main Violin District block out. Still need to put some paraphernalia like signs in place then it should be good to go.

Some of the objects in The Overture set needed to be updated so they wouldn't collapse in smooth preview mode. I also added the striped to the centre orb and some lines in the roads, so hopefully it's now ready to go. 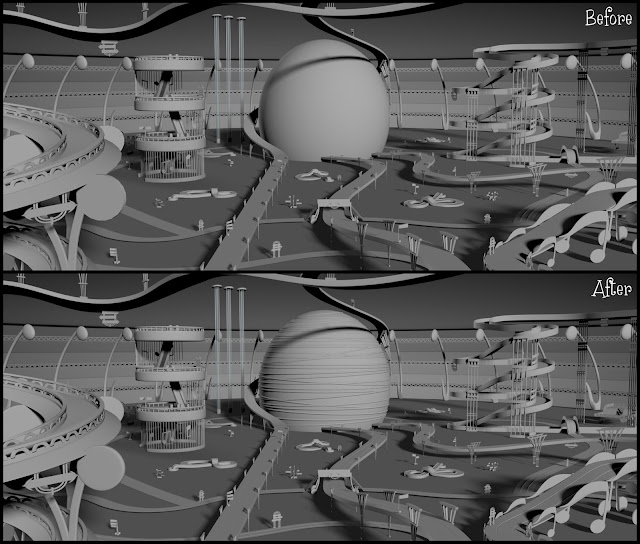 The Overture set is now completed! I modelled the dome properly and added some railings so they looked nice and detailed. I also modelled some exit tubes for the elevators, placed the road supports, and readjusted the pillars so they fit the shape of the dome. I also added in the signs and made some more pathways so the space felt more busy and populated. Overall I'm happy with how it turned out, so now I'm onto working with the Oboe District. 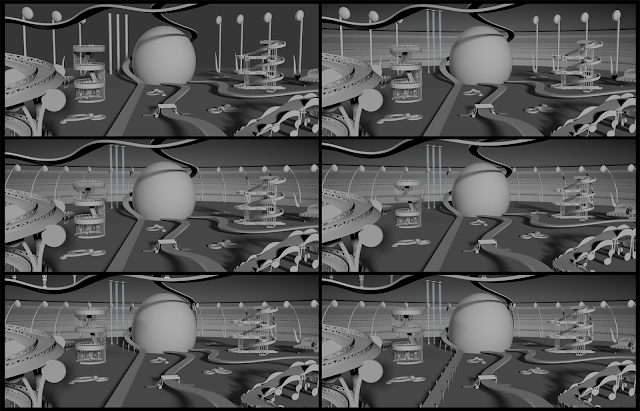 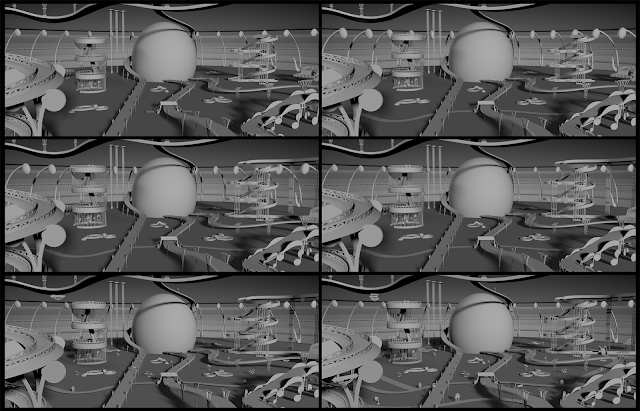 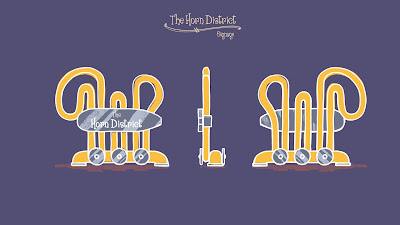 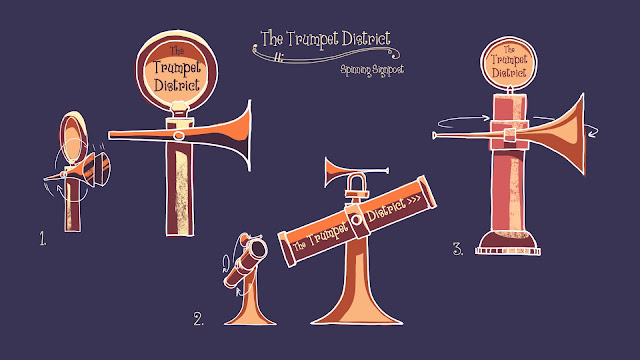 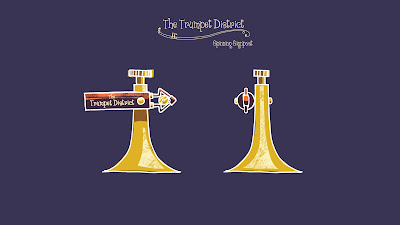 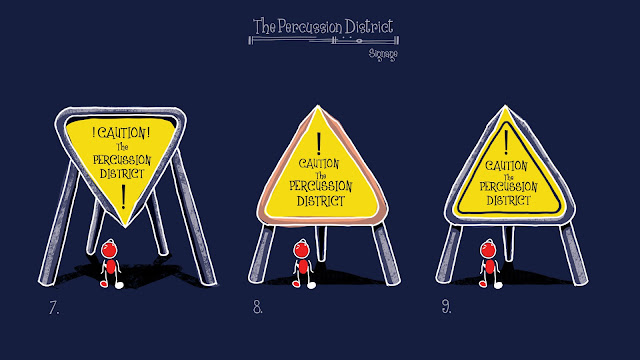 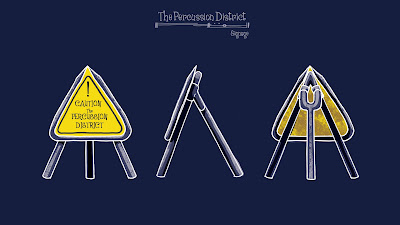 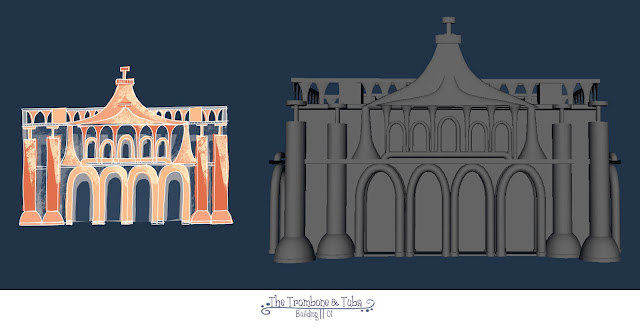 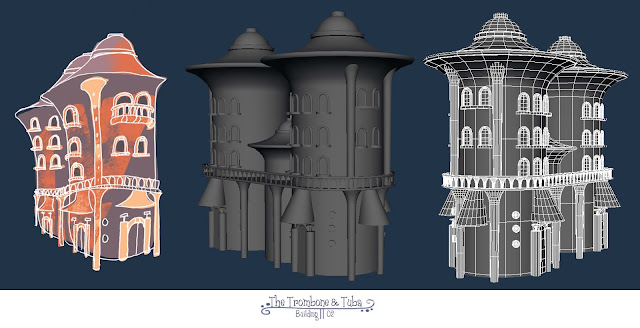 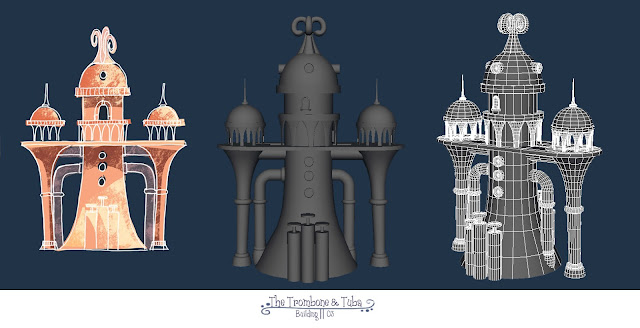 Email ThisBlogThis!Share to TwitterShare to FacebookShare to Pinterest
Labels: Modelling, The Trombone and Tuba District, YPGTTO 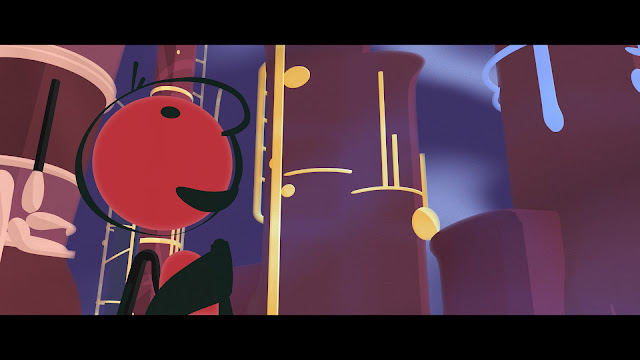 Email ThisBlogThis!Share to TwitterShare to FacebookShare to Pinterest
Labels: rendering

Rendering: Getting closer to the final render solution

OK, another step closer to a render solution. Some thoughts / decisions,

1) Red needs to be more desaturated / colour graded to match the scene lighting. In the example above Red should have a blue tint.

2) Light wraps are needed to combine the background with the buildings. That helps with softness.

3) No toon lines. They are problematic an cause 'crawling' as the camera moves.

4) Creating static noise is a common problem. Noise will always crawl if the camera moves. In this example the noise is a static overlay, that may however create a 'dirty screen' feel. The noise is needed though to create softness. A compromise may be needed, part moving / part static.

5) Backgrounds can be made procedurally using ramps and noise patterns in Maya.

Posted by Alan Postings at 04:08 No comments:

Modelling: The Overture's Departure Board & Map

The Departure Board and The Overture Map have now been modelled. I still need to figure out how to create the flipping text on the Departure Board - I could do it in Maya, AE, or a combination of the two. Now that I have a physical model to work with, I'll be able to experiment with it more later on. 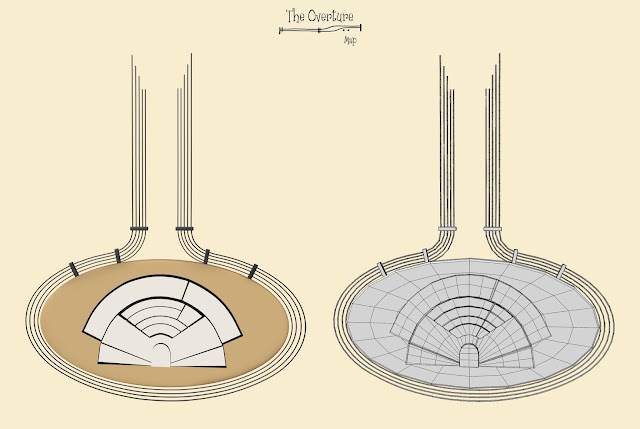 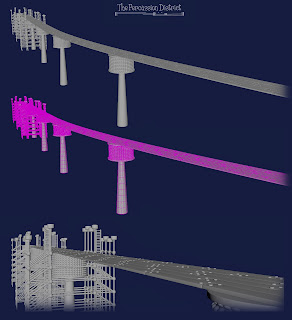 I've been working on modelling The Overture's elevators, which includes the tubes and the lift itself. I've created a set of controls for each set of doors and controls to position the objects both together and independently as needed. There are also controls for the visibility, so the geometry and sets of controls for the overall elevator, the tube, and the lift can be turned on and off to make it easier to work with. 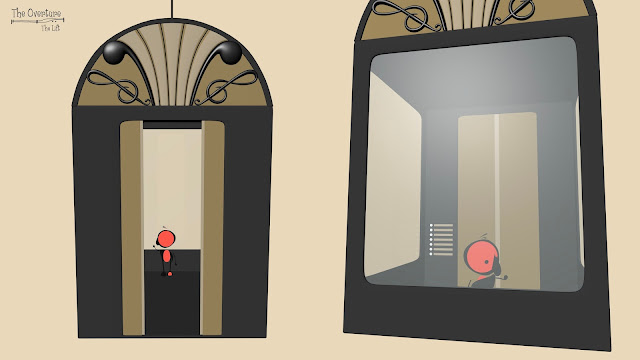 I've also created the support pillars for the roads in The Overture set, so I can now bring this base into the set file and use a lattice to bend and adjust the models as needed to fit them where they need to be. 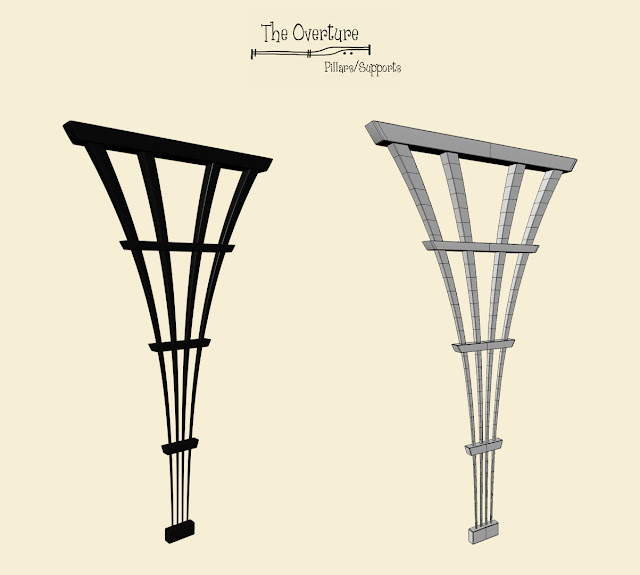