More recently I have been tasked to create specific story elements as Red makes his way through the rather perilous percussion district.

Red's entry to the district is quite the terrifying scenic route as he's brought in caught on the end of a crane hook. Number 5 is the chosen hook style. 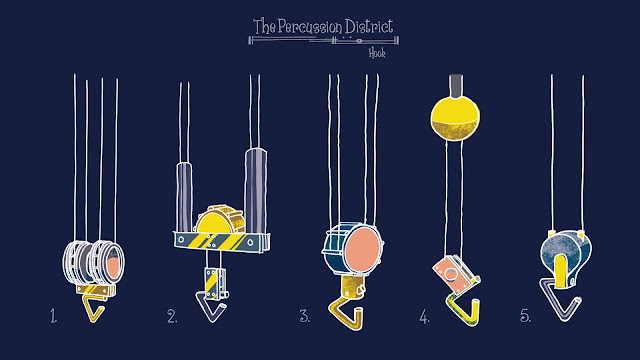 After landing on a girder Red finds himself dodging a swinging wrecking ball made to look like the end of a beater/drumstick. The chosen shape was 4 but needs modifying to have a more substantial cable than the feigned Piano wire I was going for. 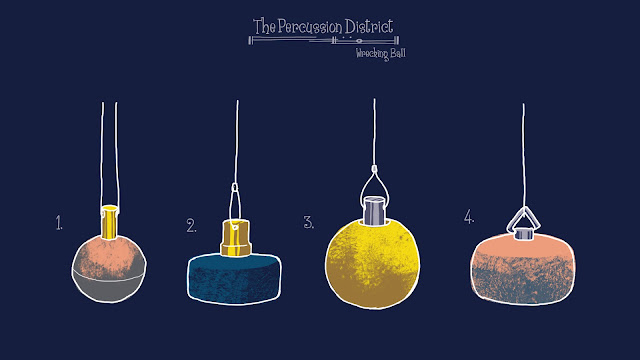 After unsuccessfully dodging the wrecking ball Red is propelled into a new scene, landing dazed on a girder suspended rather precariously high up. I investigated different Percussion instrument formations. Including Glockenspiel Keys, Piano Keys and Xylophone keys. They need to be suspended by a single cable however to allow for Reds slapstick sliding off one end. 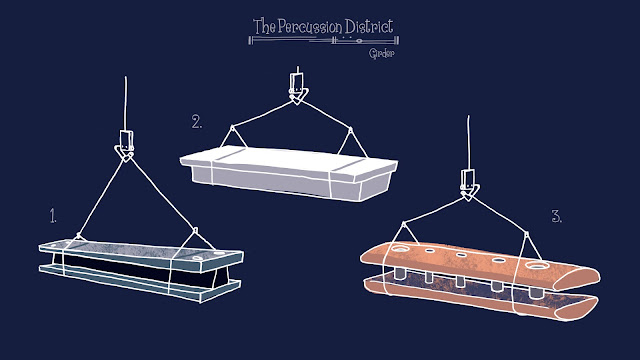 Here is the collection of smaller assets with modifications. The girder on a single suspension cable. The wrecking ball is now sitting on a musical note inspired chain (The little sketch to the side of the wrecking ball is what the single unit looks like) 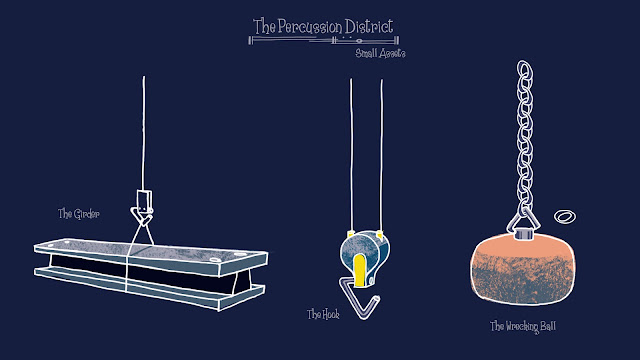 The construction yard as a whole is a bit of a gauntlet. There is a conveyer belt on which Red finds himself dodging a sequence of Percussive hammers.  Below are some examples. 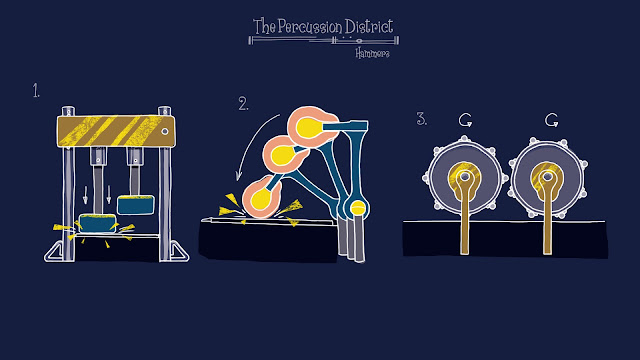 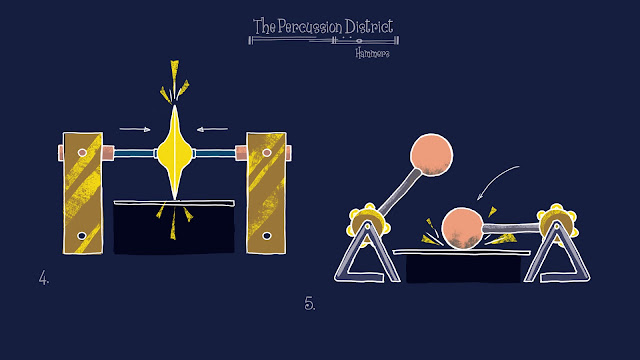