I think I made some decent progress with changing the languages of the text on the signposts. After some suggestions, I decided to try out exporting locators, meshes, and cameras into a JSON file to then import into After Effects (I followed this article). Initially, I had some strange results with the locators (I used a Rivet script to get the locators where I wanted). I realised I needed to make the text into a 3D layer in AE then make sure I held down 'shift' as I parented the text to the null object to snap it into place. I also tried naming the locators 'textLocator' which automatically gets converted into a text layer rather than a null object in AE. However, this gave me less freedom to adjust and edit the text in comparison to having a text layer and a null object.

I then decided to try exporting the mesh of the sign posts rather than locators. Meshes are converted into solids rather than null objects. As I experimented with this I realised all I needed to do was adjust some of the rotation attributes. These attributes weren't automatically keyframed. 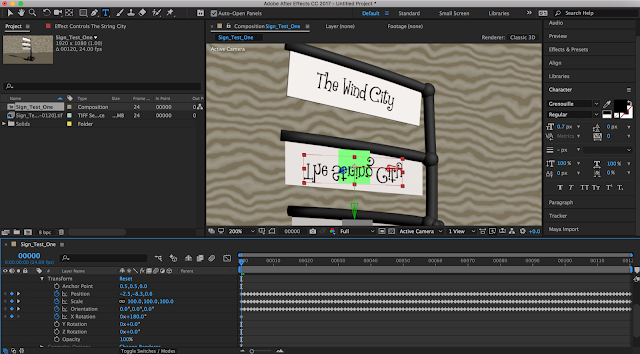 I decided to return to using the locators/null objects as they required less adjustments than the mesh/solids (the mesh/solid would mirror and flip the text when it was parented). For the most part, the only adjustments the locator/null method needs is -90 degrees in rotate x, and maybe a few minor adjustments in the other rotates on the null object or position attributes for the text layer. 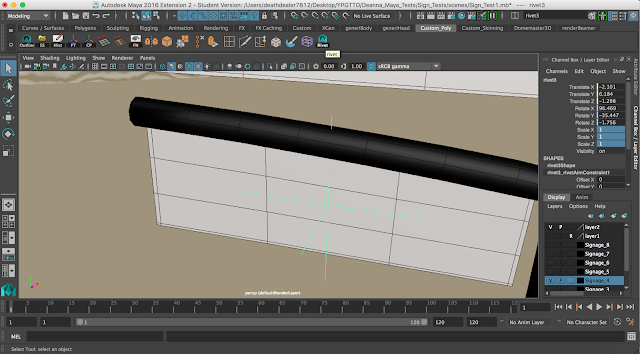 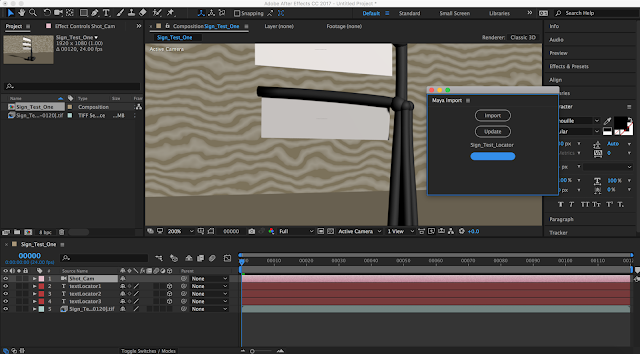 I'm going to continue to experiment with this method after rendering out a scene with more complex camera movement to ensure this works correctly. I also have been trying to find some fonts for certain languages that are missing characters from the chosen font (hence why in German some words have a normal 'a' rather than an 'ä' at the moment). So far I think the font 'Noteworthy' has been the most successful for Bulgarian in comparison to the others that I've tried.
Posted by Deanna at 09:36