A short while ago I was tasked to create orthographies for bird number 6 ready for modelling.  It turned into more of a challenge than originally anticipated.

Below are the initial ortho's however I'd forgotten to show the bird with its wings outspread. This posed a challenge when accounting for toon line shaders on a set of functional wings that had to fold neatly back into place and somehow resemble the minimalist 2D design. 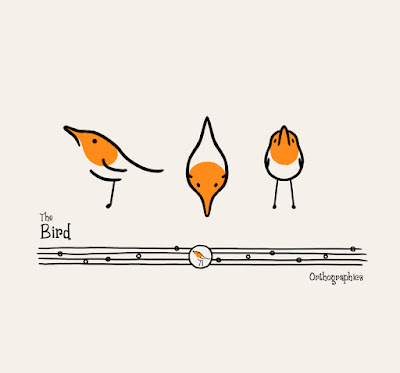 After a discussion with Phil and Ethan about the technical aspects and what would work best we tried out a block colour bird option. But it was agreed the black lines were best kept and also the darker orange wing colours should be removed. 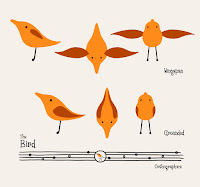 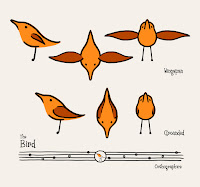 A further discussion with Julien came to the conclusion the initial wing designs didn't look strong enough to carry our little bird and something more anatomically correct would be better. (Quite right, the initial designs look too leafy!) In the end wings similar to a Sparrow, Finch or Robin were agreed upon, leading us to the final ortho's below. The action plan is to juggle between two character models for the in-flight and grounded bird shots. 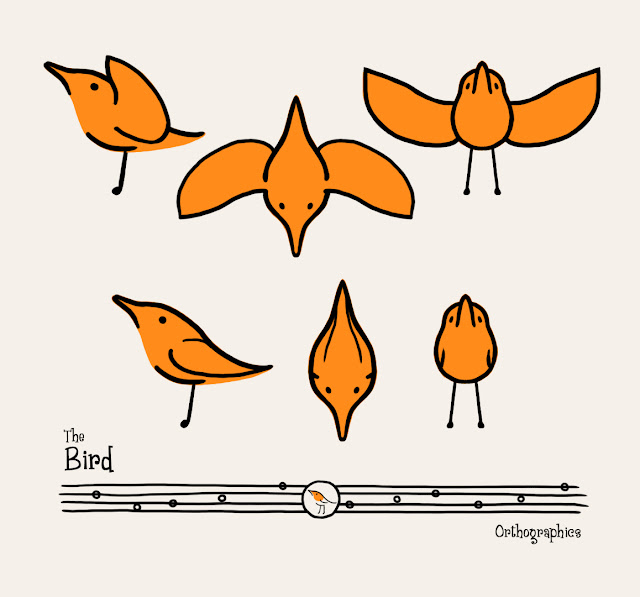