I've been trying to work on how to add text to the different signs throughout the YPGTTO world. The goal is to find a way to easily swap out the text for different languages without impacting render time within Maya. To do this, I started out by experimenting with the 3D Tracker Camera in After Effects. While this worked well with a basic scene with a simple camera zoom, it did not work as well with a less flat sign and more complex camera movements. I also discovered that some languages, such as Bulgarian, will require their own font since the main font chosen isn't compatible with certain letters. 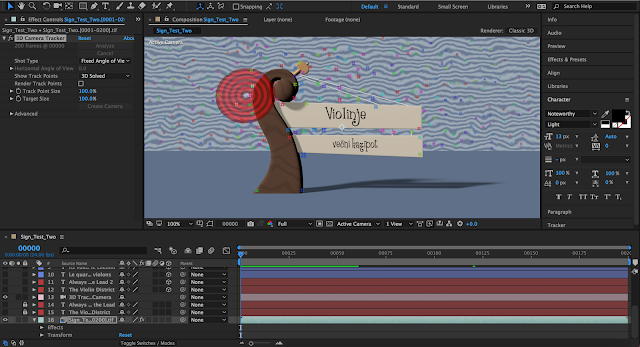 For the second test, I found out I had to render the sign again on a separate layer on its own, or else the tracker points would simply stick to the wall. Even then, there did not seem to be enough points to place the text exactly where it needed to go. This can mostly be seen for 'The Wind City' - there were very few points which caused the text to float and jerk around a lot. I have a few other ways of going about adding different languages, so I'm going to do some more research and experiment with a few other methods, but this is a start at least. 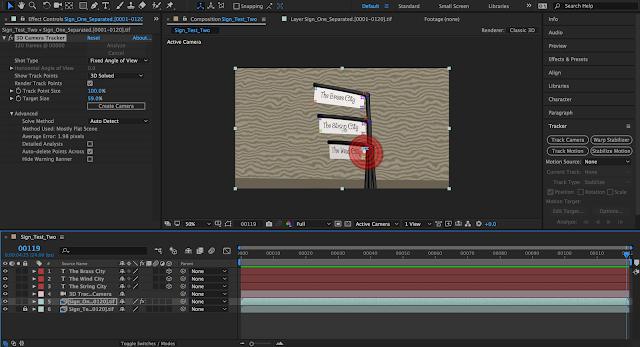