I have been working on trying to lose those more distant outlines leaving behind only smatterings of colour to hint shapes. Things only started to make sense when bearing animation in mind.

The majority of this space will be communicated with a play on positive and negative space. Parts of the architecture will be lit by Red himself as he passes by. Further illumination will be caused by intermittent surges of power in the Double bass strings. And perhaps the values of the watery Cello district above. 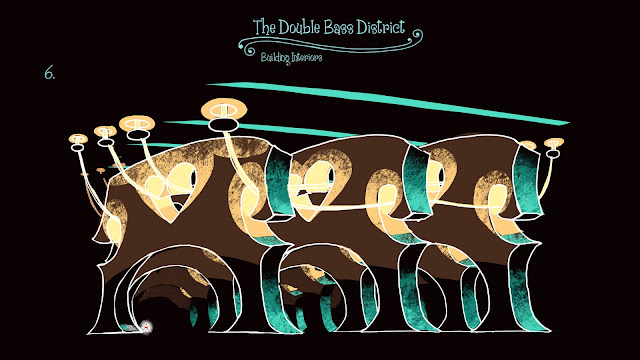 The double bass district is supposed to be very dark, which makes it hard to communicate what the overall space might look like. This is why I have concluded with a before and after take on the situation, when the strings are idle and then when active.

When idle, perhaps the only light is either Red illuminating the base of the structures and floor and the blues of the water above.  And outlines are limited to only what is lit. BUT during a power surge the cables ripple and glow a hot furnace orange, illuminating the almost endlessly tall room. 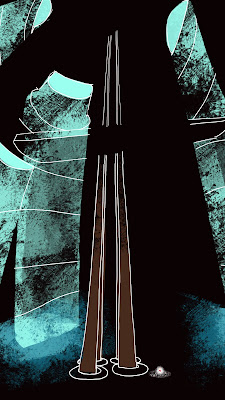 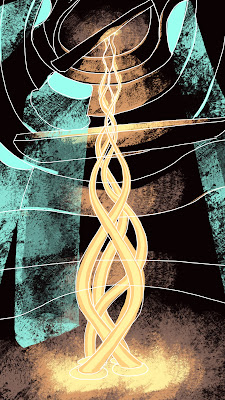