As preproduction ramps up, myself and Ethan are exploring art direction, animation and technical aspects with an open mind. It's the exciting stage whereby we try lots of things out, throw things at the wall, and see what sticks. And so to kick things off, here is the first of many tests and experiments in that vein.


Inspired CAA student, Julien Van Wallendael's beautiful response to the harp district, this is all made in Maya, with Hardware 2.0 rendering and super simple geometric construction. 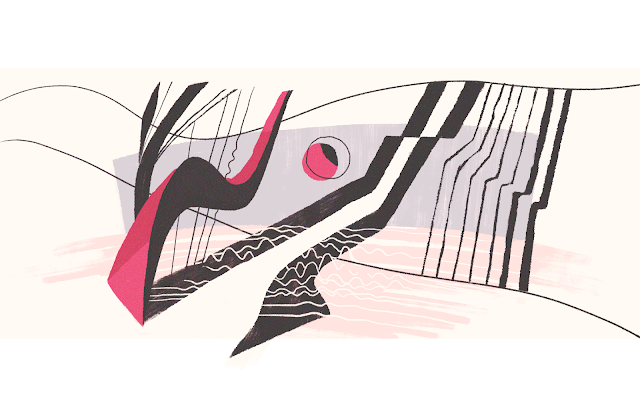 It's been a while since I've used Maya, so this first experiment is an exercise in simplicity. I wanted to create an engaging and creative environment using a simplified toolset within Maya. These restrictions were as follows:
This already starts to explore some ideas which we have discussed as a team in early meetings. Can we simplify Maya as a toolbox for creating exciting environments that are expressive and engaging, but also easy and fun to build? And can we do this with an emphasis on animation. I.e the art direction and creation should be of the animated world, rather than competing with the real.

These are all really appealing notions. Especially for independent animators of student film makers. Often, the complexities and possibility space of Maya can destroy a project. Users get so flustered and caught up with what Maya can do, that they simply forget about what it should do. This points to the idea that we create a restricted Maya toolset for our modelling team that allows for creativity but suppresses over-the-top, technical creations. Essentially, giving more time to the things that are most important, like storytelling, or animation, or art direction.

Here are a few screenshots of exactly what this scene looks like in Maya. It's rendered in Hardware 2.0, so a full 30 second shot only takes a minute or two to generate via playblasts. The shaders are largely surface shaders, so create a bold base without the need for lighting. And the modelling is so simple that it invites creativity. It allows for the user to play around, try things out, throw them away. Without that horrible feeling that you just spent 20 hours on a particle system that looks like crap. 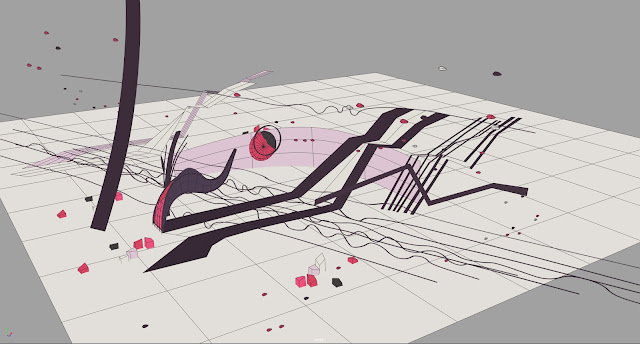 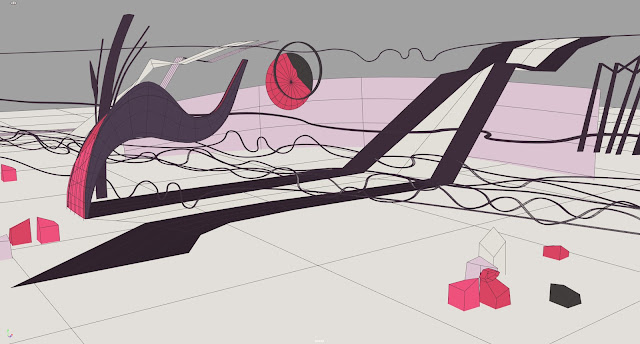 It only took an evening to create, render and composite this scene. And although this is in no way a definitive guide to how things will look or how we will move forward, it does bring up some exciting possibilities. The simplicity of this approach is very refreshing. It would allow modellers to spend time on the sets themselves. Allowing them to be creative and unrestrained. And it would allow for other departments to expand.

In my next few experiments, I'll be looking at particles, textures and shaders. I'd like to explore the possibilities of shaders as an addition to the toolset. Almost like a set of paints, can we create off the shelf textures that the art team could use for city generation. And can they express the print like qualities shown within Julian's work?

In addition, I'll be posting a few discussions on art direction and approaches to CG production. But for now, this starts to get the ball rolling. More soon!
Posted by Jordan Buckner at 13:10