YPGTTO: Pre production - shapes, silhouettes and shadows... and outlines too

As me and Jordan kick start the pre production phase, the first thing I wanted to do was to explore some non standard ways of creating and rendering 3D objects.

For this post I am focusing on just a few techniques, which by themselves don't amount to much, but my hope is that you can see their potential. Over the coming weeks I aim to expand on what I'm showing today as well as covering all the nitty gritty details.

For now though, I will keep all technical jargon to a minimum!


For my first test I have taken some design cues from Julien Van Wallendail's bold response of the harp district in order to experiment with shadow casting and negative space. 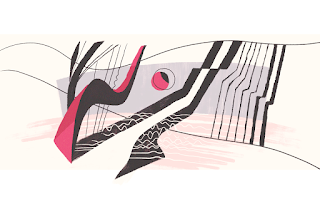 I really like the idea of revealing hidden 3D forms or finding alternative ways to represent a 3D object. This is a theme that runs throughout this post. This was my response:

Notice how the two hidden ribbons (between the long black lines) receive the shadows cast by the hidden pillars; but when the camera views the scene from the other side, you can see that the ribbons are completely transparent. The pillars are only made visible by revealing the pink backdrop.

I didn't spend any more time taking this test further though. It was my second test piece where I spent most of my time experimenting!


It was based on the idea of creating simple architectural shapes that are made from block colours and outlines. More specifically, I wanted to make the construction of these shapes appear multi layered and disconnected; taking cues from the following artwork: 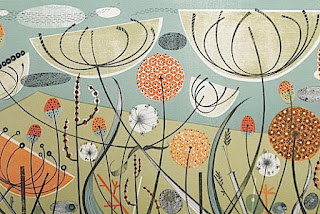 I intended to create a simple tower as the basis for my test. ( although for some reason, whenever I look at it now I think of lipstick instead! ) 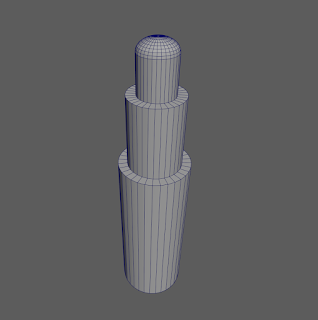 And here is my first test piece using several pre rendered elements of the tower:


Things to note:
We can only ever see the front facing side of the wireframe.

When we erase some of the block colour, it's not simply being made transparent, it's actually masking out what is behind it.

The outlines don't appear to be drawn directly on the mesh, but instead drawn over the mesh. ( a small but subtle difference! )

We have lots of control over the final look in After Effects because all the components are rendered separately.

Of course, you might be thinking that this is going to add some complexity to the pipeline, and you may be right. However, I think I need to create a more complete test - with multiple shapes, foreground / background elements, multiple colours etc, just to see what it could look like, and to see if there is some way to simplify the whole process... it's not really that difficult once you know the steps involved.

Here is another test using the same pre rendered components, but I have mixed things up a bit in After Effects:

Theoretically, we could layer more blocks of colour, and or hand paint outlines on the mesh, and still treat them as separate layered components. ( although I want to experiment with this further to see how far we can push it without it getting unnecessarily complicated )

We could use fully textured and or shaded shapes instead of block colours.

We could have a model that is partially represented as a wireframe, and partially as a solid. ( and paint exactly where we want to blend between the two or mix them - and even animate it )


At the end of the day, we're probably going to use many different techniques, as long we keep some visual consistently throughout the animation.


One final test to show is this outline shadow, which I thought looked quite effective when combined with a solid object: 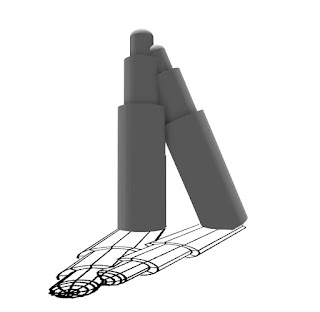 OK, so lots to think about... and even more things to experiment with.
What do people think of these ideas?

Ethan Shilling
Posted by AFlockOfPixels at 13:32