Some rather major furniture missing from the Overture are the departure boards and the map of the Kingdom of Sound. Inspired by Jordan's original storyboard sketches I came up with 2 designs. of departure board.

Design 1 I applied a gentle wave to the sign and used the staves as our information boxes. Inspired by current railway station live updating signs, I saw the status of the trains as messages that scroll across the rows from right to left, updating passengers.

Meanwhile design 2 was based on Jordan's idea. The staves again operate as information boxes, but instead of an alternating LED display, the labels sit on a rotating barrel that flip round. Instead of letter by letter rotation I went for entire names and phrases. And the board as a whole takes the shape of a scroll. 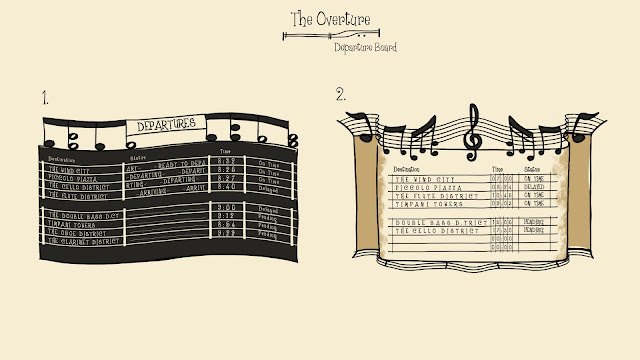 The other sign in need of investigating was the area map. Phil sent me some ideas for designs in which the map sat atop a cone of musical notes, which is the dominating design on page 1. I then experimented with other methods on page 2, utilising ceiling fixings as well as a column idea.
We decided on a ceiling mounted sign, investigating a mixture of thumbnails 4 and 5. 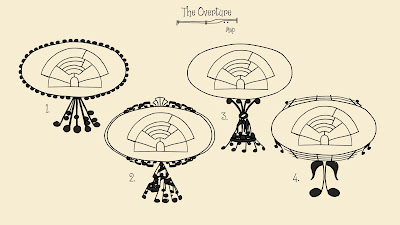 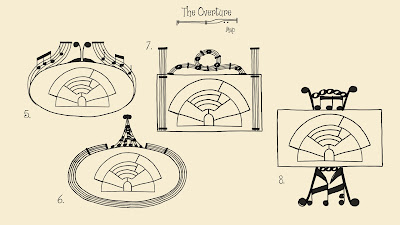 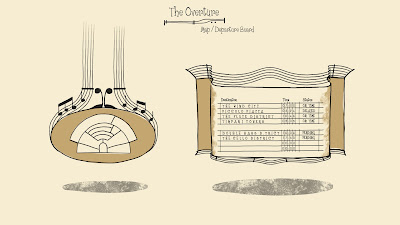 The chosen designs are below. (Number 2 of the area maps) The music notes were removed from both designs, opting for simpler and sleeker staves for design aesthetic. On the departure board the column titles were deemed unnecessary and also removed. 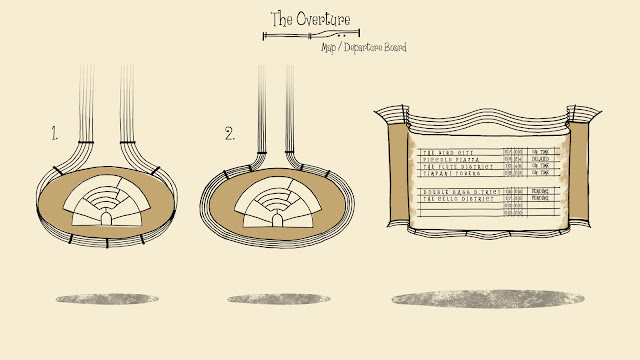