YPGTTO: Concepts in 3D - The Beginning

For this project I have been tasked to come up with some 3D concepts / techniques to create 3D scenes based on the currently submitted speed-paintings.

Although don't expect anything I post to be considered final or even a work in progress. Instead it will be a collection of tests and ideas, which may or may not prove useful as we move further into production.

I have two main test pieces to show today.

For the first, I have taken the following concept by Sam Niemczyk, of The Flute District... 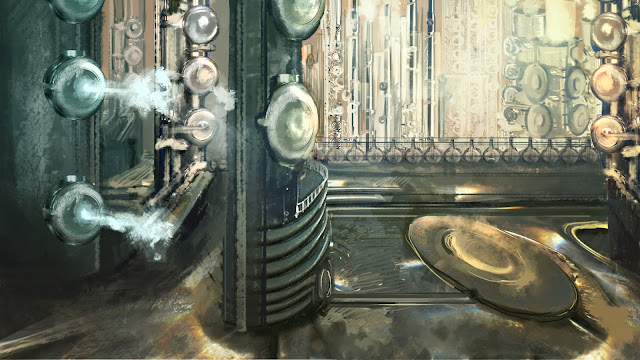 ....and projected it onto a single sculpted 3D mesh.

I could have spliced the painting into layers and modelled each part separately, but I didn't want to over complicate the test. This of course means the foreground and background elements appear to be glued together, however the main thing I am trying to demonstrate is what a 3D environment might look like if everything is painted in 3D. There are no lights or shaders in the scene, other than what is actually painted, so it is quite literally a 3D painting.

The second test was based on the following concept by Heidi Grover, of The Violin District. 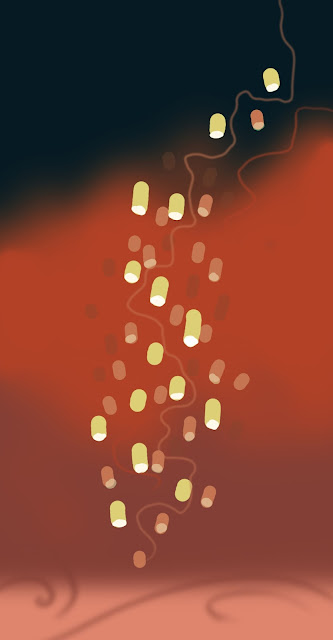 It's not an exact match of the original concept (which I don't believe is important for this project anyway), but it shows how the style of the painting could be recreated in 3D, using a backdrop, and some 3D strokes and spheres with flat shading.
I imagine a combination of this and some painted objects much like the first test could create an effective 3D painted environment.

What follows next is a mixed bag of unfinished tests, which I decided not to take any further since they were (in my opinion) not going in the right direction.

The original concept of The Clarinet District by Sam Niemczyk. 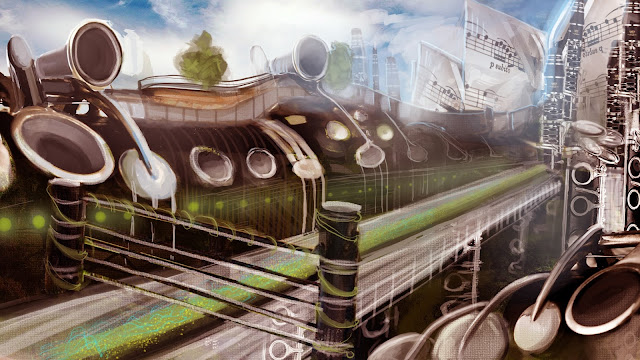 Pieces cut from the original to make a simple mock-up... 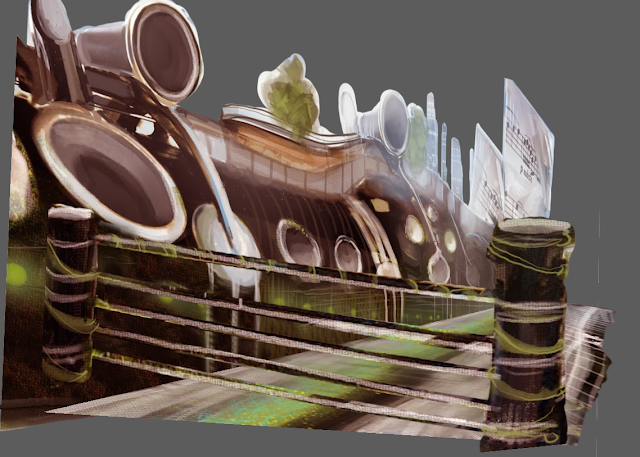 ... and added some 3D objects with toon shader. 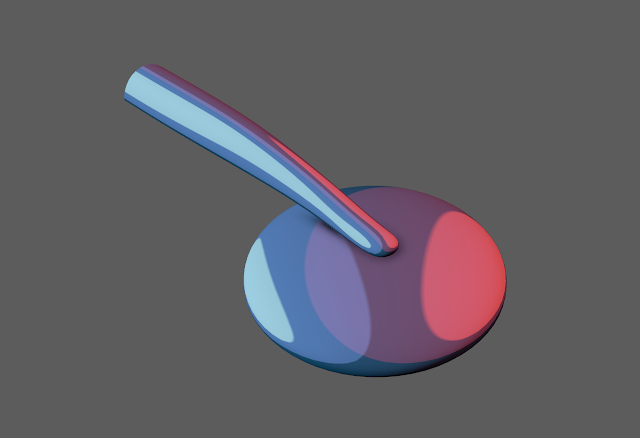 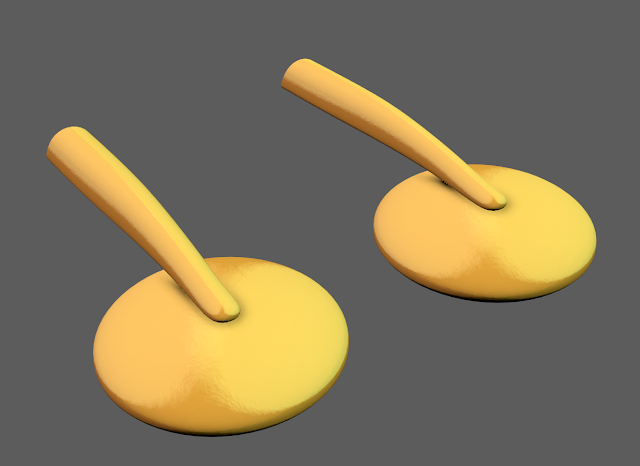 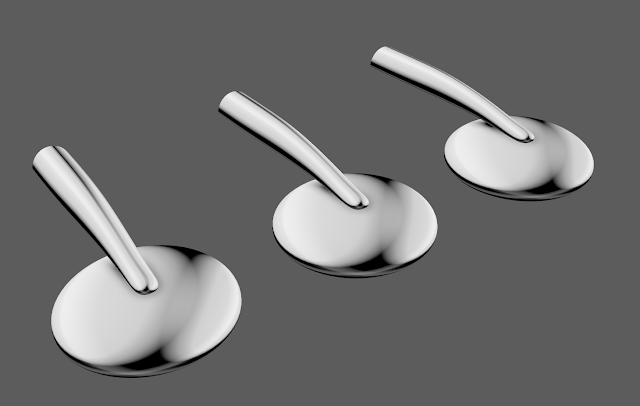 Generally speaking, toon shaders have a tendency to look very artificial and cheap so I'm not entirely convinced by these tests, but it might be something to consider if we used them in conjunction with painted textures. What makes them interesting is how they allow you to control the final colour of the shaded object based on light falloff (rather than using a single colour or texture with a realistic light falloff).

It's still very early days, but I think one of the biggest decisions we will need to make is whether we want to create a very literal CG painted 3D environment based directly on the concepts (perhaps picking one style to apply to them all), or whether we want to go for something more realistic in the sense of, how would we create the environment out of real materials like an art & craft project. ie: re-creating models as if made from painted cardboard, clay or paper etc... so imagine something that you could see being physically assembled, yet still completely abstract in it's design (and animation).

For example, I started to sculpt one of these tree things from The Bassoon District concept painting by Jack White... 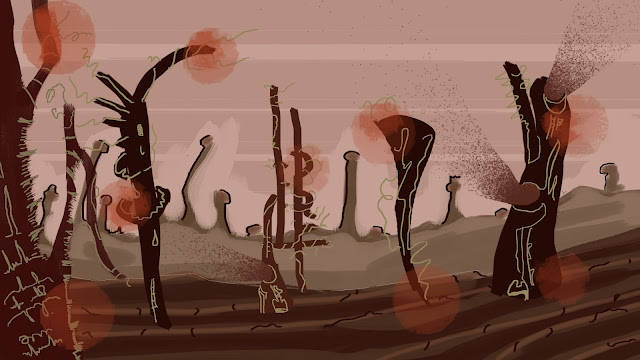 ...to look like it was made from modeling clay. 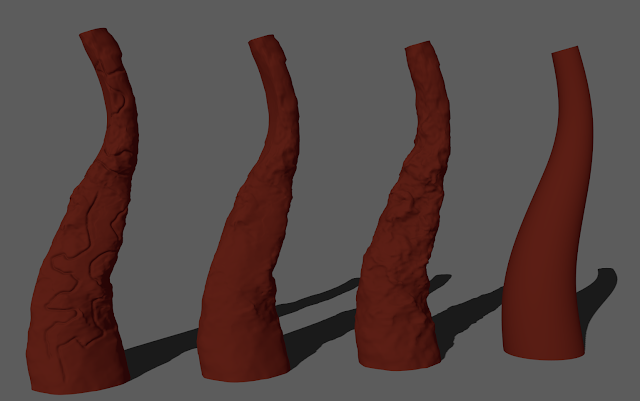 OK, it's just a super detailed blob, I know, but you get the idea!

Despite spending a lot of time on exploring the possibilities of 3D painted environments, I feel that maybe keeping the final renders a bit more realistic and 'touchable' might be the right aesthetic for the project.

Any thoughts on this?

Ethan Shilling
Posted by AFlockOfPixels at 07:10